Old-world friendliness in a filter

Diffusion filters do some very popular things. They produce pretty glows, reduce excessive contrast, and contribute to something we might carefully refer to as optical excess detail remediation. Sometimes we get those effects from lenses, though there’s a small-but-growing undercurrent of opinion that it’s easier and more consistent to choose fast, consistent, sharp modern glass, and to build the look, as far as possible, with filtration.

Tiffen’s new Antique range seems tailor-made to address that sort of question. The effects underlying the three new ranges will be familiar to anyone who’s used the existing Satin, Pearlescent and Black Pearlescent filters, with the Antique prefix indicating a degree of warmth. That warmth is very visible when we look closely at the coppery reflective flakes embedded in the filter media itself, which exists as a film between two pieces of glass intended to protect the less robust inner layer. 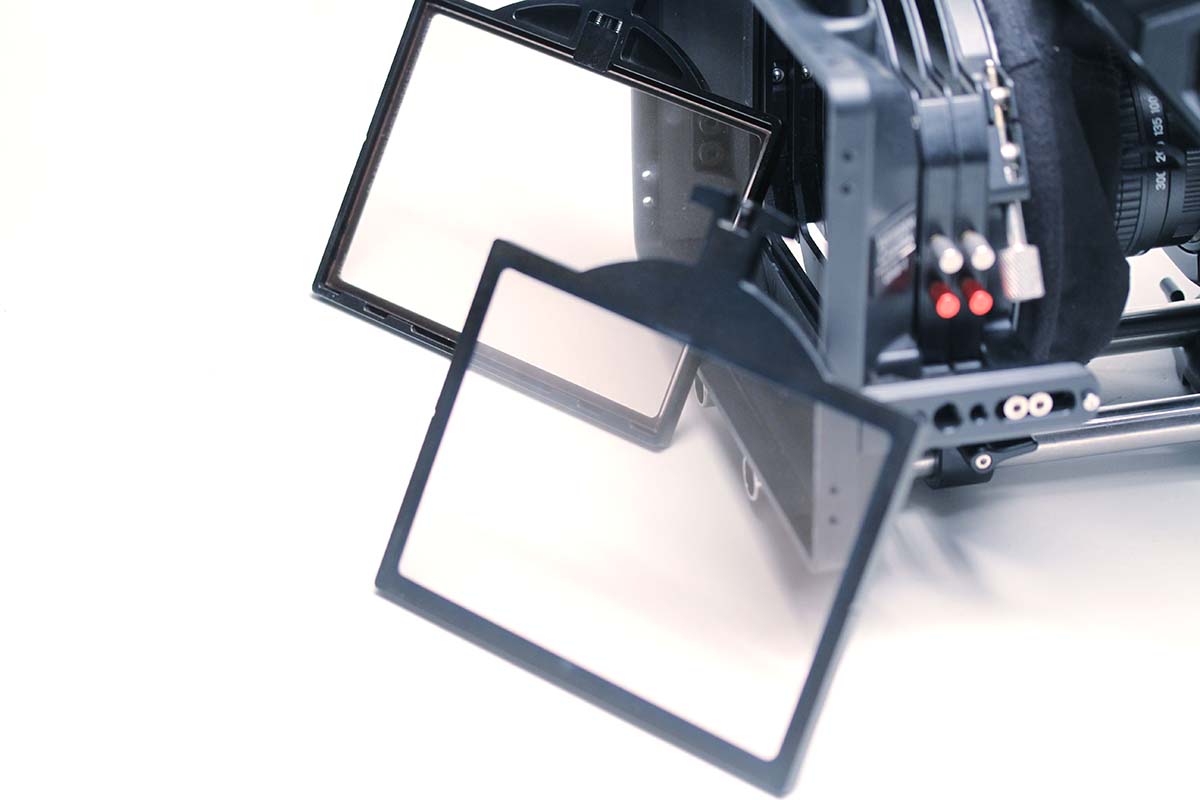 When we look at the results, we discover the effects are much less warm than we might expect based on how the filter itself looks, though it’s fairly normal for the physical appearance of a filter not to be much of a guide to its effect. One nice technical feature that’s visible at first glance is Tiffen’s glass formulation, which the company calls water white; Notice that the edges look clear, not greenish, as with most other types of glass. How much difference that really makes over the tiny thickness of the filter is hard to say, but it’s no bad thing.

Tiffen’s useful diffusion triangle currently omits these new designs, but it shows the original Pearlescent, Black Pearlescent and Satin filters erring firmly toward the halation and resolution-reduction side of the triangle, and away from contrast reduction. Bear in mind that more or less all diffusion filters will reduce contrast with sufficient backlight, they will produces glows around bright lights, and they will reduce resolution to some extent, but the chart tells us the intent of these three filter ranges is, variously, to create halation and control resolution. 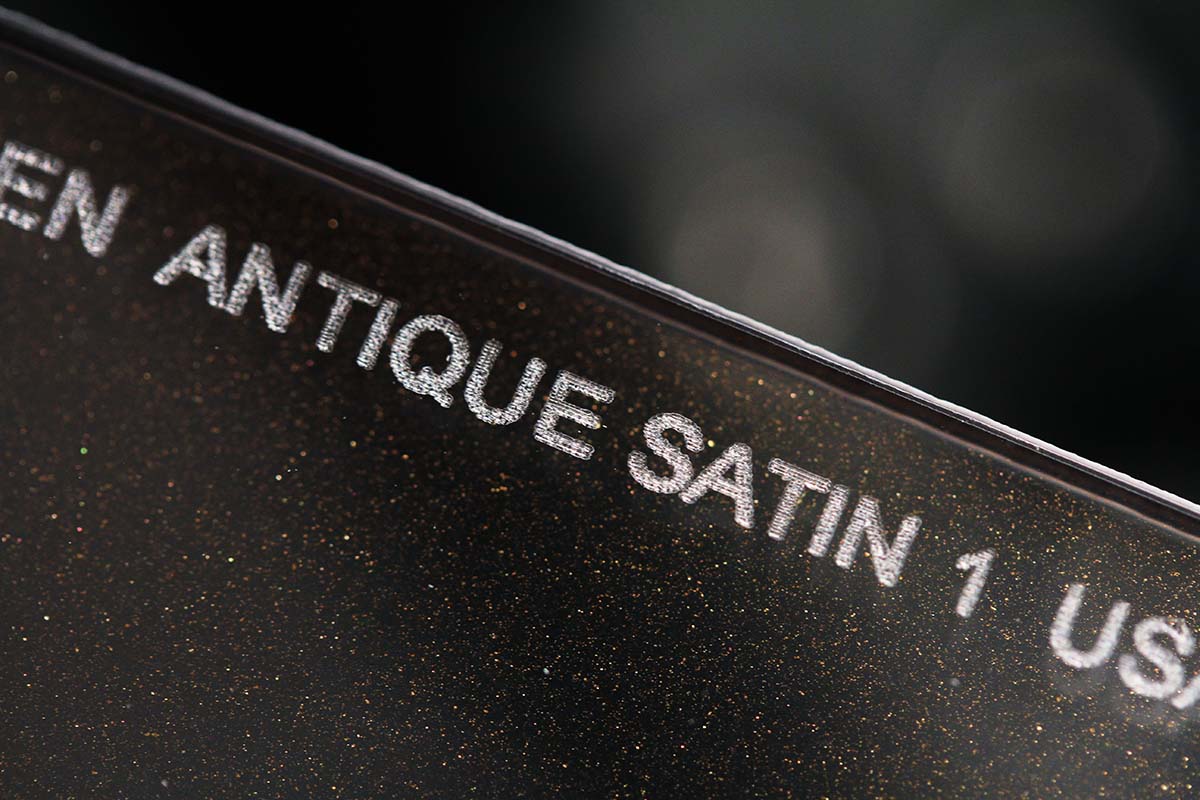 Certainly the Pearlescent and Black Pearlescent can create lots of contrast reduction, especially at the higher grades, regardless what the chart says. The Antique Satin is marked as a more midrange option designed to subtly blunt resolution more than it glows, although it has quite well isolated halation – one of the more subtle grades can create a look that doesn’t really appear overtly filtered, but which has pretty glows around light sources of exactly the sort that people seem to like when lenses do similar things.

With the Antique prefix, we might expect all of those effects to be biased warm, and that’s the case to an extent. The color doesn’t fight too much with cooler light sources (the cold LED flashlight in the test shots was chosen to demonstrate that). If there’s slightly warm light in a frame (perhaps a sunset in a scene white balanced for noon daylight) the halation will pick up on that warmth and run with it, but it’s not overwhelming. The least-contrast-clobbering option, Satin, still produces halation in, say, a shiny car interior backlit by sunlight.

The warmth is perhaps more visible in the shadows, where the contrast reduction is more identifiably warm. It’d be interesting to compare these filters with the original Pearlescent, Black Pearlescent and Satins, or with a Warm Black Pro-Mist or Warm Soft/FX, the latter of which is intended to take the edge off resolution with absolutely minimal glow or reduction in contrast. The diffusion chart predicts that a Bronze Glimmerglass should sit midway between all of these effects, though all the Pearlescent-series filters are (from memory) more likely to glow.

The warmth of the filters is subtle enough not to fight with cooler light sources, as here. The cellphone light is very cold and remains so.

By comparison, the Antique Satin feels a little more middle-of-the-road, creating slightly more noticeably softened edges; people with very high resolution cameras that lack (sufficient) optical low pass filtration might lean toward it. Filters that deliberately smooth out fine detail can feel risky because the results are sometimes quite dependent on focal length, so keep a close eye on that monitor.

The results are, to be fair, a variation on familiar halation, contrast reduction and detail reduction filters, though the Antiques seem likely to do well in a world of widespread desire for exactly this sort of old-world friendliness. The finer grades are subtle enough to look like an intrinsic part of the image while adding just the right touch of gold.

If we’re allowed to make requests, now we have the warm option, the idea of ​​a cool option occurs. The company has not produced a cool-prefixed diffusion of any sort, and while it’s not clear how difficult that would be (are there any blue-reflecting metals to make the flakes out of?), it’s a natural enough concomitant of the Antiques. Filters with a warm tone are not new, but the cyan-flaring Radiance edition of Zeiss’ Supreme Prime series are very popular, and a Cool Satin or – perhaps better – Cool Black Satin for sci-fi shows or ski broadcasts might do well.

Expect to see Tiffen’s Antiques making the world a slightly friendlier-looking place alongside resurgent designs like Pro-Mist and more resolution-targeting things like Warm Soft/FX. At over £500 for the 4×5.65” edition, they’re not exactly a cheap option, but they’re cheaper than many classic lenses, and certainly cheaper than having to wrap an hour early because you have a classic lens and it turns into a badly-made soda bottle after the sun goes down.