Family separation among slaves in America was shockingly prevalent

Slavery devastated not just individual victims but entire families. “Grandmother drowned herself in the river when she heard that grand-pap was going away,” recalled Mary James, a former slave, in 1937 about the sudden sale of her grandfather.

Separation of slave families was routine in the antebellum American South. “Don’t buy families,” Theophilus Freeman, a slave trader in New Orleans, once wrote to a colleague, “as there is not a single [customer] here to buy” them. Good data on the frequency of this practice are hard to find. In a sample of nearly 1,500 interviews with freed slaves in the 1930s, 40% of those born into slavery in two-parent households said they had lost a parent (via separation or death) by the age of 20. But a new dataset suggests that this estimate may be too low. 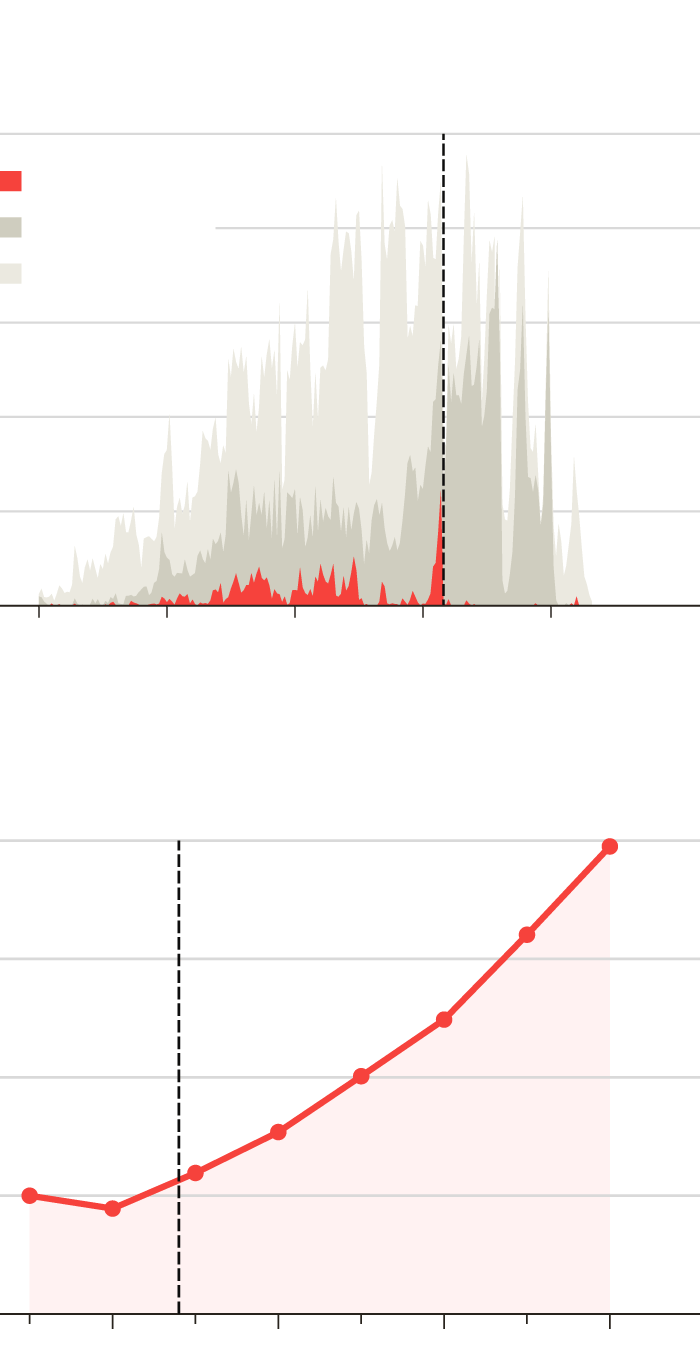 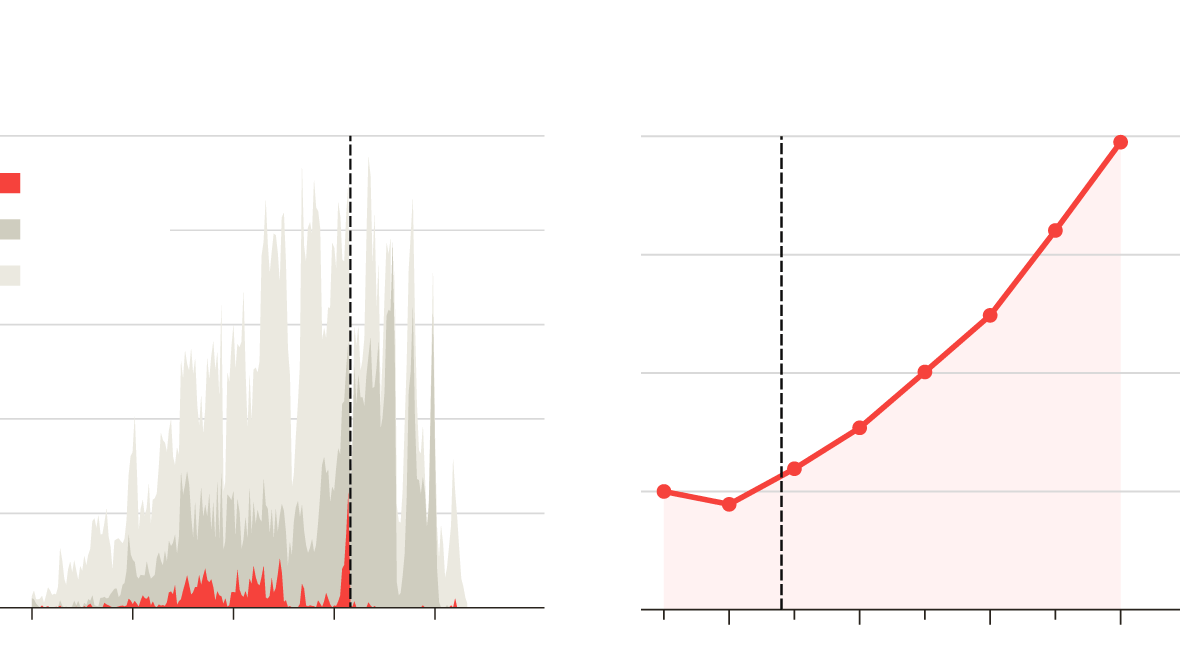 The numbers come from a lesser-known corner of this grim industry: America’s domestic maritime slave trade. Records of transatlantic voyages reveal little about American slavery in the 19th century, because Congress prohibited imports from abroad—viewed as a particular evil by opponents of slavery, and as unnecessary by some supporters—as soon as a constitutional clause precluding such a ban expired.

Unlike in the rest of the Americas, the slave population in the United States was self-sustaining. Owners forced slaves to have children against their will. Between 1820 and 1860 around 1m were shipped across state lines. Most went from the Upper South, where crop output was shifting from tobacco to wheat, to the Deep South, where cotton production, made profitable by newly-invented machinery, pushed slave-owning planters to bring ever more land into cultivation. 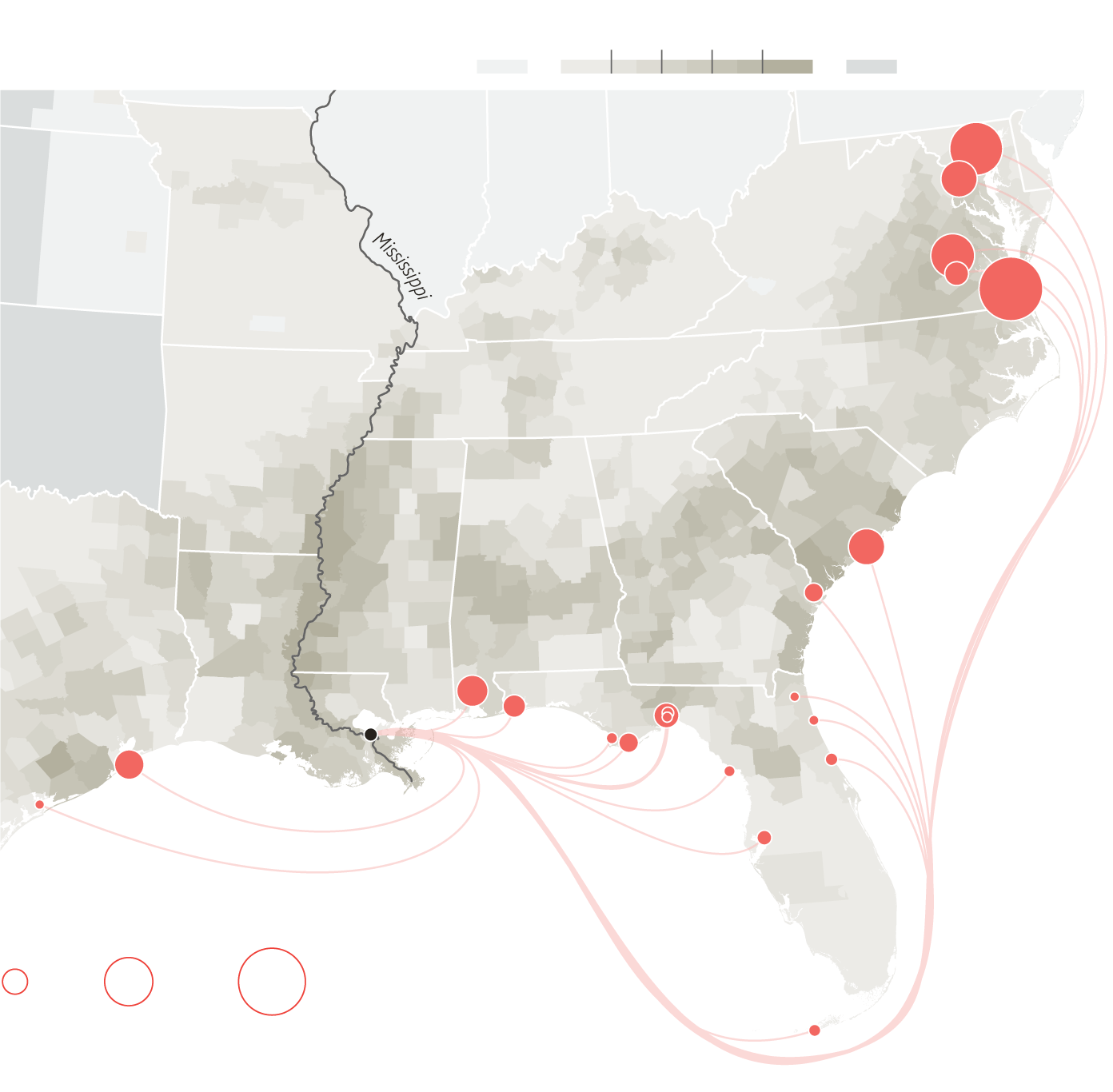 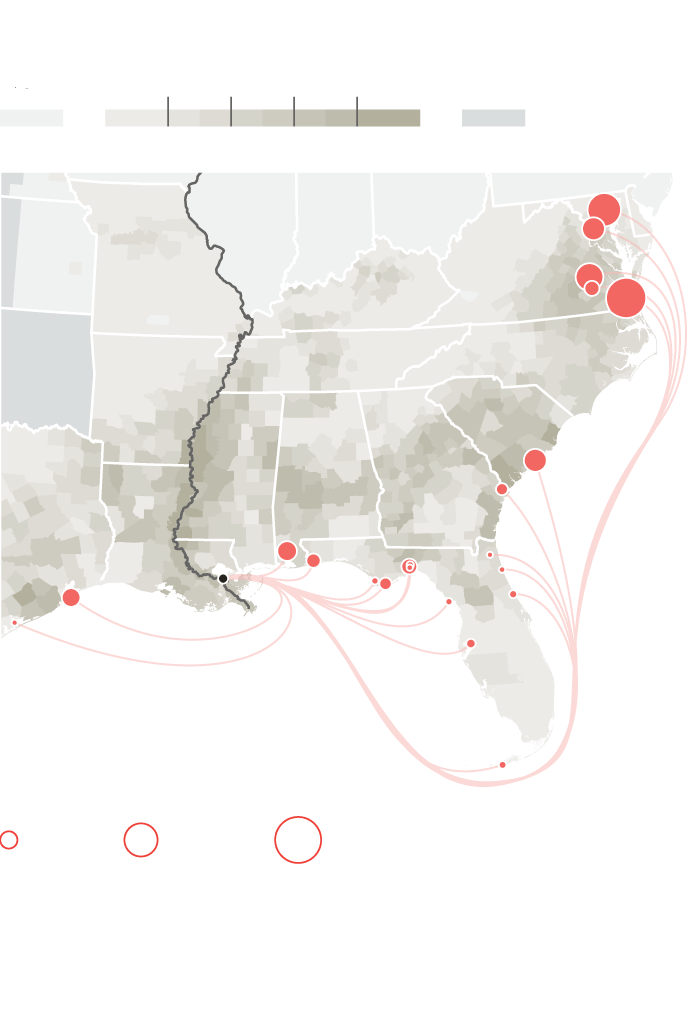 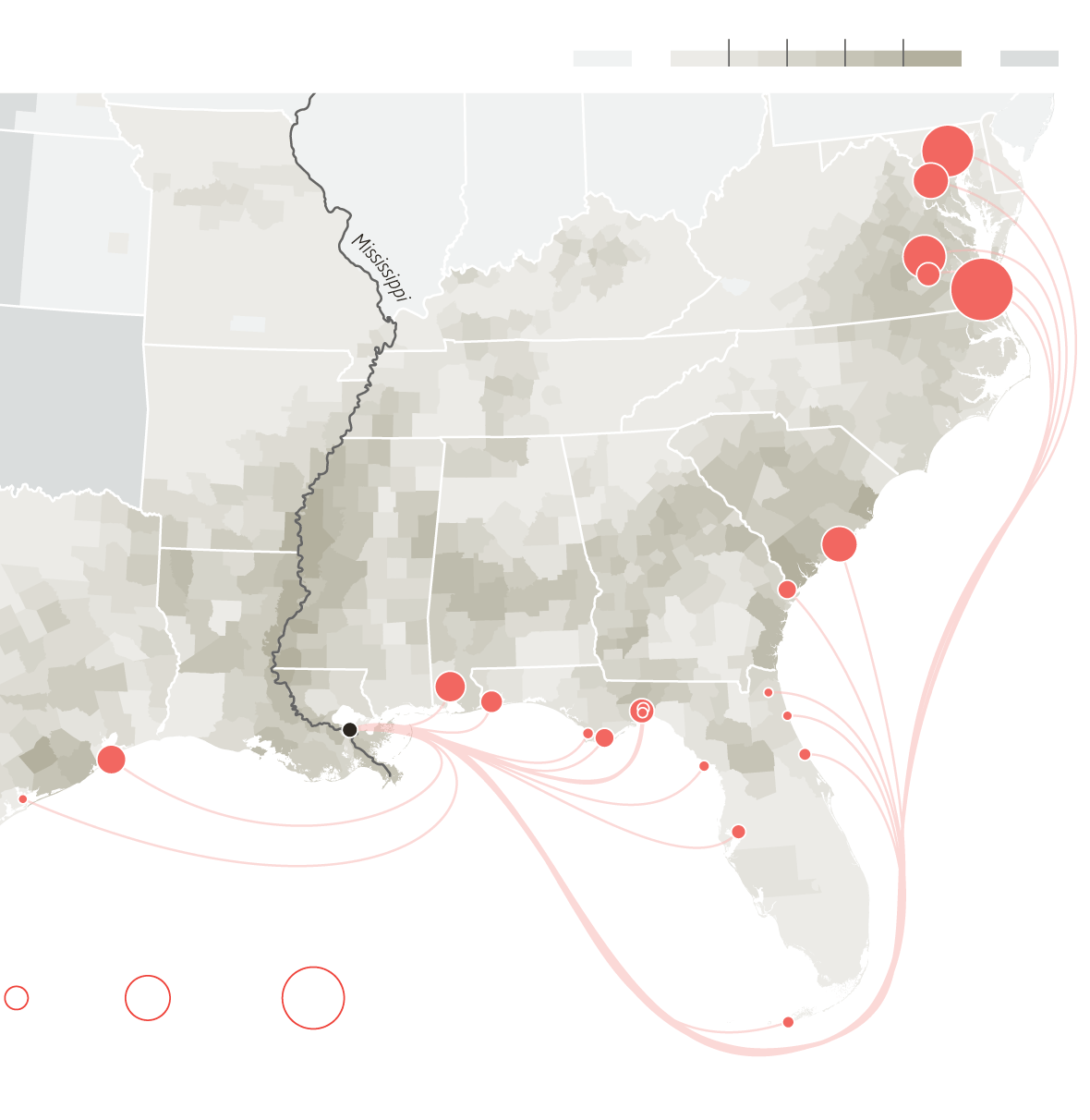 Most of these transfers were probably on foot, and were not systematically recorded. But the captains of ships carrying slaves along the coast were required to file manifests listing their captives by name. Of an estimated 100,000 slaves sent to Louisiana on such ships in 1818-60, Jennie K. Williams of the University of Virginia has identified 63,500 using these manifests.

The documents list slaves’ age, sex, height and skin color (which was usually just “black”, but sometimes more detailed, as in “two shades lighter than black” or “rather darker than James”). They contain both first names, which were often biblical—Moses, who led his people out of bondage, appears 420 times—and, crucially, surnames.

Ms Williams traced the voyages of 334 people transported and sold through New Orleans between 1825 and 1848.

About a third of these people are under the age of 18. The average age in this sample is only 19 years. This may be an overestimate: children were sometimes falsely described as older to meet the minimum age required for transporting.

Around 65% of slaves in these records were transported with no family at all. For the rest, Ms Williams reconstructed the likely family groups from surnames in the shipping records. dots stand for additional family members outside the sample whose names are unknown.

Families that did get shipped as a group were unlikely to remain intact after sale. Of slaves who traveled with relatives, a further 65% were split-upeither partly or entirely, once they reached New Orleans.

All told, a staggering 88% suffered separation from their immediate family.

Estimating how many families reunited after emancipation—celebrated on June 19th, “Juneteenth”, which is now a federal holiday—is even harder. After the civil war, black newspapers filled up with advertisements seeking lost relatives. In 1880 Celia Rhodes placed one stating a “wish to inquire about my people…I left them in a trader’s yard in Alexandria, with a Mr Franklin. They were to be sent to New Orleans. Their names were Jarvis, Moses, George and Maria Gains.” According to the dataset, Moses was 5’8” tall and 24 years old when he boarded the Uncas in 1836. No one knows if they ever found each other.■

There is some uncertainty linking people in records of sale with shipping records, and in identifying family relationships. Probable relations were determined by grouping people transported on the same boat sharing a surname.